Currently Bay Area’s naatak company is presenting its 59th production at Cubberley Theater in Palo Alto.  This production is naatak’s annual “mela”, a sort of theater fair. There are five short plays in five Indian languages; Marathi, Tamil, Gujarati, Bengali, Hindi and Improv comedy in Hinglish. English subtitles are projected for each short play above the stage. This is an absolutely beautiful way to showcase and enjoy India’s rich linguistic and cultural heritage. After a span of 21 years, naatak can proudly claim to have broughts 55 world class plays on stage. Over 850 performers have participated in these productions and 60,000+ attendees have enjoyed these shows.

The script for Marathi play is written by Anil Sonar. It is produced by Adwait Joshi and brilliant direction is provided by Anannya Joshi. A madman precariously positioned on the ledge of a fifth floor window is being watched by the crowd below. Some have deep concern and others don’t want to miss the excitement and yet some others are waiting with anticipation to the gruesome climax of the show with the madman jumping to his death. But what is this man up there? What is his story?

Directed by Sudipta Chatterjee and produced by Deepika Sriraman, and based on “He Said, She Said” by Alice Gerstenberg, this Bengali play is translated and adapted by Sudipta Chatterjee and Harish Agastya. This short play focuses on the favorite Indian pass time, “gossip”. Casting is beautiful. A woman shares some juicy gossip about a romantic dalliance involving some friends. So interesting is a role played by gossip specially of romantic nature, in Indian culture, that targets of such gossip are often compromised and vilified so strongly that they can’t just let it go but instead feel compelled to justify, defend and give excuses. Will the gossipy woman have finally met her match in the strong woman targeted by the gossip?

Naatak organization has matured so phenomenally that it can boldly brag to present improv comedy that is spontaneous and creative. In this short segment directed by Neha Goyal and Abhay Paranjape, a brilliant cast of characters perform improv games based on audience suggestions.

Based on “A Florentine Tragedy”, a never completed play by Oscar Wilde, this play is set in 1930s during the Chola period, whereby a silk merchant confronts his beautiful wife and her royal lover. Will the play have an ending that befits the crime? Tamil speaking audience members are likely to greatly enjoy Kalapathy Sundaram’s brilliant translation. The projected English subtitles give some clue but it is hard to fully enjoy Wildesque witticisms in fast projected subtitles. Directed by Soumya Agastya and produced by Archana Kamath, this short play could well be Tamil speaking literature lovers’ treat.

Based on “The Open Window” by Saki (H H Munro) and adapted for the stage by Mugdha Kulkarni, is also directed by Mugdha Kulkarni and produced by Chaitanya Godsay.  This is a mystery about a missing husband, where an open living room window comes to play a significant role. The fear experienced by a young visitor is palpable and imaginative description of the lost man gives no clue to his disappearance until…………. Well, you’ll have to see it.

Based on Saadat Hasan Manto’s play, “Aao baat suno” this short play is adapted by Paresh Vyas and Vikas Dhurka and is directed by Natraj Kumar and produced by Devika Ashok. A lazy Sunday is transformed gradually into a comedy of errors, err…. into a comedy of errands. O M G — it is hilarious and also features the best dialogue, “Et tu brute” errr…. “Et tu Rajesh”.

For tickets to Naatak’s 59th Mela production, go to www.naatak.com .But hurry. There are only 2 more shows and tickets are selling out fast. 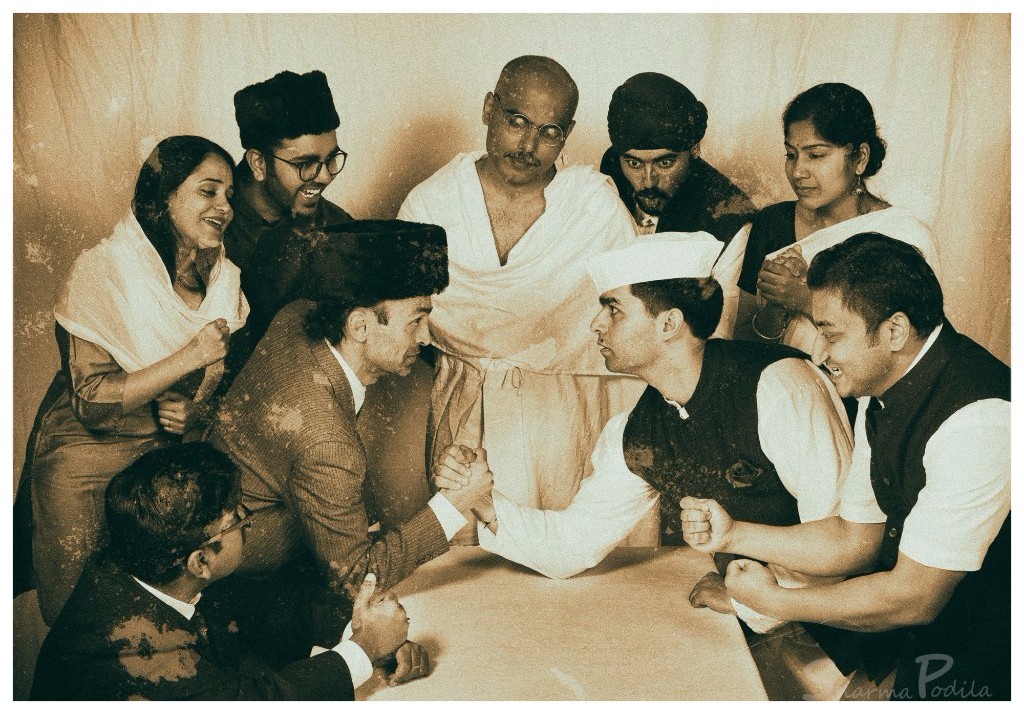