The 39 Steps is a theatrical spoof on the 1915 novel by John Buchan and the 1935 film by Alfred Hitchcock. Authors of the parody, Simon Corble and Nobby Dimon envisioned the theatrical spoof in 1996 and was later rewritten by Patrick Barlow, with four people playing many roles. At Theatreworks, Lance Gardner, Ron Campbell, Cassidy Brown, and Annie Abrams do a fabulous job of quick role changes as the fast paced spoof moves on, drawing the audience into the murder mystery, with a twist. 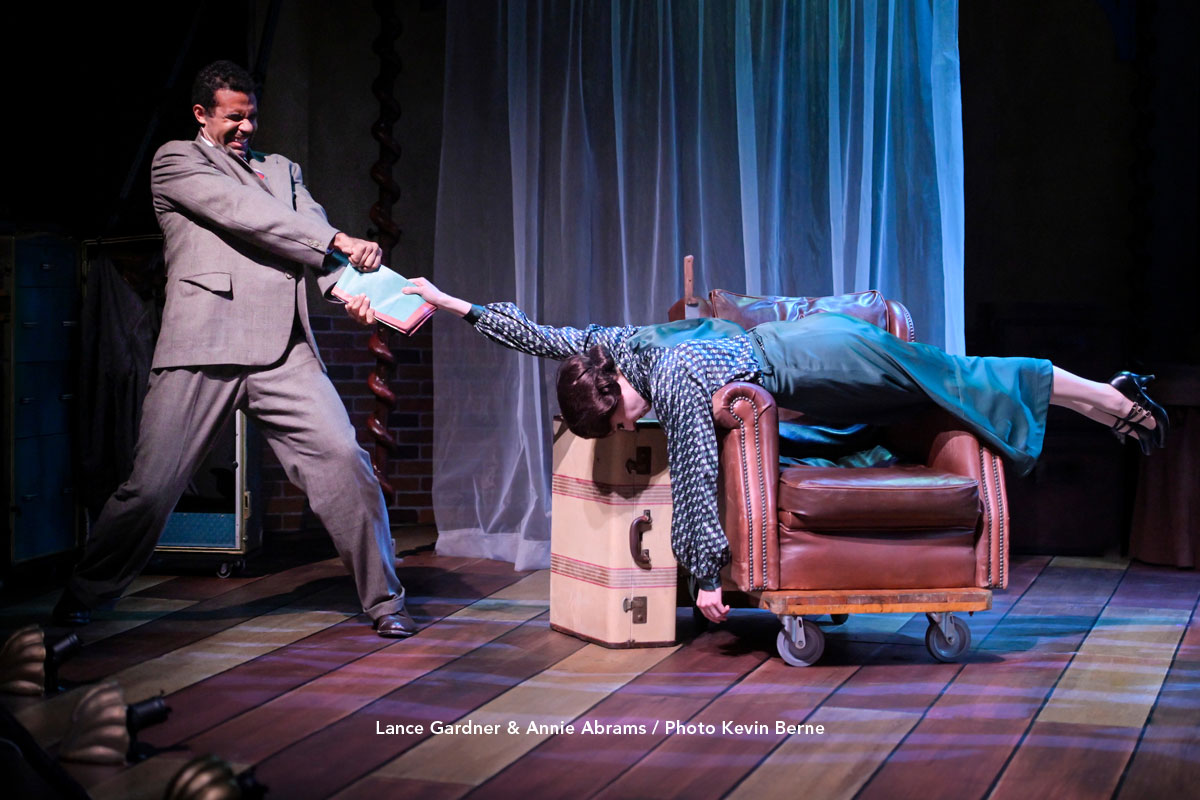 As the story evolves, Richard Hannay, a man with a boring humdrum life meets an exciting woman who confides in him that she is a spy and requests him to take her to his home. Soon she is mysteriously murdered at his home, leaving the bewildered and scared Hannay to go on the run, both from law enforcement and the people who murdered the spy woman. As Hannay expected, he is accused of murder. As he goes on the run in search of the murderers, Hannay has encounters with constables, spies, village farmers, traveling salesmen, inkeepers, newsboys and he crosses streams, assumes false identity, meets a blonde and even dangles from the bridge.  All this makes for lavishly theatrical and hugely hilarious production. 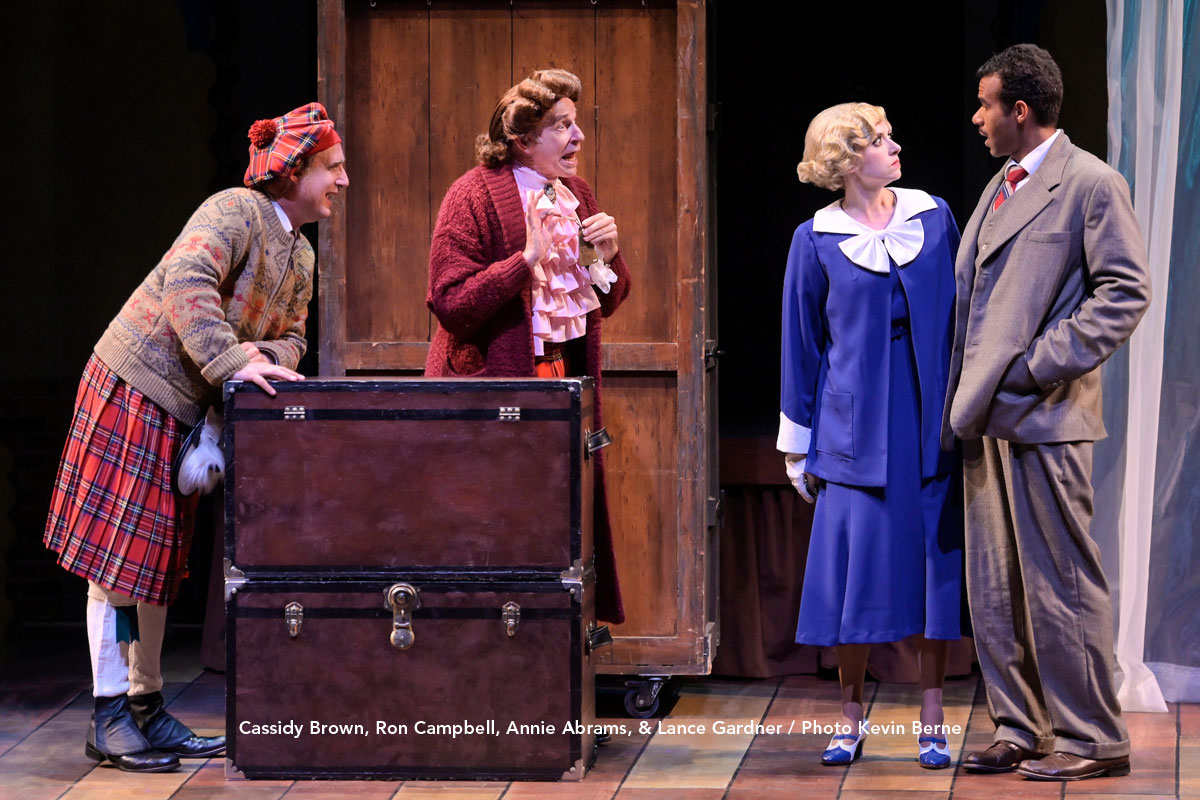 The 39 Steps at Theatreworks, mixes an engrossing masterpiece with juicy characters and hilarious role changes with exciting staging by Leslie Martinson, perfect scenic designs by David Lee Cuthbert, and all the excitement unfolds inside a fast paced whodunit murder mystery, brilliantly directed by Leslie Martinson. This play has been extended to run through September, 22 and tickets are available at www.theatreworks.org .

This entry was posted on September 4, 2019, 5:10 pm and is filed under Play Reviews. You can follow any responses to this entry through RSS 2.0. You can leave a response, or trackback from your own site.