The Language of Flowers by Vanessa Diffenbaugh ——- Book Review

Broom Cytisus, Fuchsia, Freesia, Elder, Dogwoood Cornus, and fragrant Citrus Sinesis would be my flowers of choice, if I were to get married again.  But that is only based on Victoria’s Dictionary of Flowers and you would have to read “The Language of Flowers” to decipher what that means.  Flowers, like words, carry meanings.  Diffenbaugh describes elsewhere about the origin of the language of flowers.  “The Victorian language of flowers began with the publication of Le Language des Fleurs, written by Charlotte de Latour and printed in Paris in 1819. To create the book–which was a list of flowers and their meanings–de Latour gathered references to flower symbolism through poetry, ancient mythology and even medicine. The book spawned the science known as floriography, and between 1830 and 1880, hundreds of similar floral dictionaries were printed in Europe and America.”

The Language of Flowers is a (red carnation) heart breaking story of a young girl, Victoria, who has been so unloved, that she constantly makes a choice to be unlovable.  Trapped in the foster care system, she chooses not connect or engage with her foster parents, is constantly rejected or given back, and by the time she turns eighteen, she has lived in almost 40 group homes and foster homes.  At age eighteen, she is emancipated.  Emancipation translates into being dropped out of the system, into nothingness, without money, means to live, support system, or resources.  During her time in the foster care system, she had met a woman, Elizabeth, who was a loving and kind foster mother.  When Victoria cut down her beautiful cactus and presented Elizabeth with the spindly needles, Elizabeth taught her the meaning of cactus, “ardent love”.  When Victoria described that she presumed that cactus represented “hate” and that she hated the world in general, Elizabeth told her, what she was looking for was common thistle.

While all through her childhood, Victoria was deemed unlearnable and unlovable, while words escape her and she chooses to mostly disengage from the world, she finds comfort and solace in the language of flowers.  She manages to find work with a florist, and when a man asks her for flowers for his sulky grand-daughter, Victoria suggests white roses and lily of the valley, saying that these represent “return to happiness”.  Pleased with the interpretation and the effects the flowers create, he returns a few days later, looking for flowers for his wife, who is lacking the earlier passion and zest she had for life.  Victoria gives him a bouquet of tendrils of periwinkle that stand for “tender recollections”, tightly wrapped around the base of the mums, representing “truth”.  “The effect was like fireworks, dizzying and grand”.  Victoria’s clientele grows.

Will she find her kind foster mother Elizabeth and the appropriate flowers to do right by her and seek her forgiveness, and make amends?  Victoria also meets a kind loving man and has a baby.  How can she be a mother and nurture another being with love and patience, when she cannot connect with the world?  Thus far, Victoria has found a niche, but still mostly exists on the periphery of the society, unable to connect fully.  I wish there were flowers for self-expression.  Honest self-expression is my passion and I would choose these for myself.  Self-expression would also set Victoria free, and I would choose them for Victoria.  Diffenbaugh says elsewhere, “the truth is that love—like moss—is self-contained.  It draws neither from our past nor our future; it is separate even from those we love.  It projects out but stays whole within itself and does not attach.  When we look at love this way it is possible to see that we are all capable of loving our children, deeply and completely, regardless of our past or our circumstances.”  Will Victoria get to that truth? Will she find the language for “reconciliation” with her past and open the door for future happiness and deep “maternal love” that may not be perfect but it may be deep love that grows, free from anything holding it back? 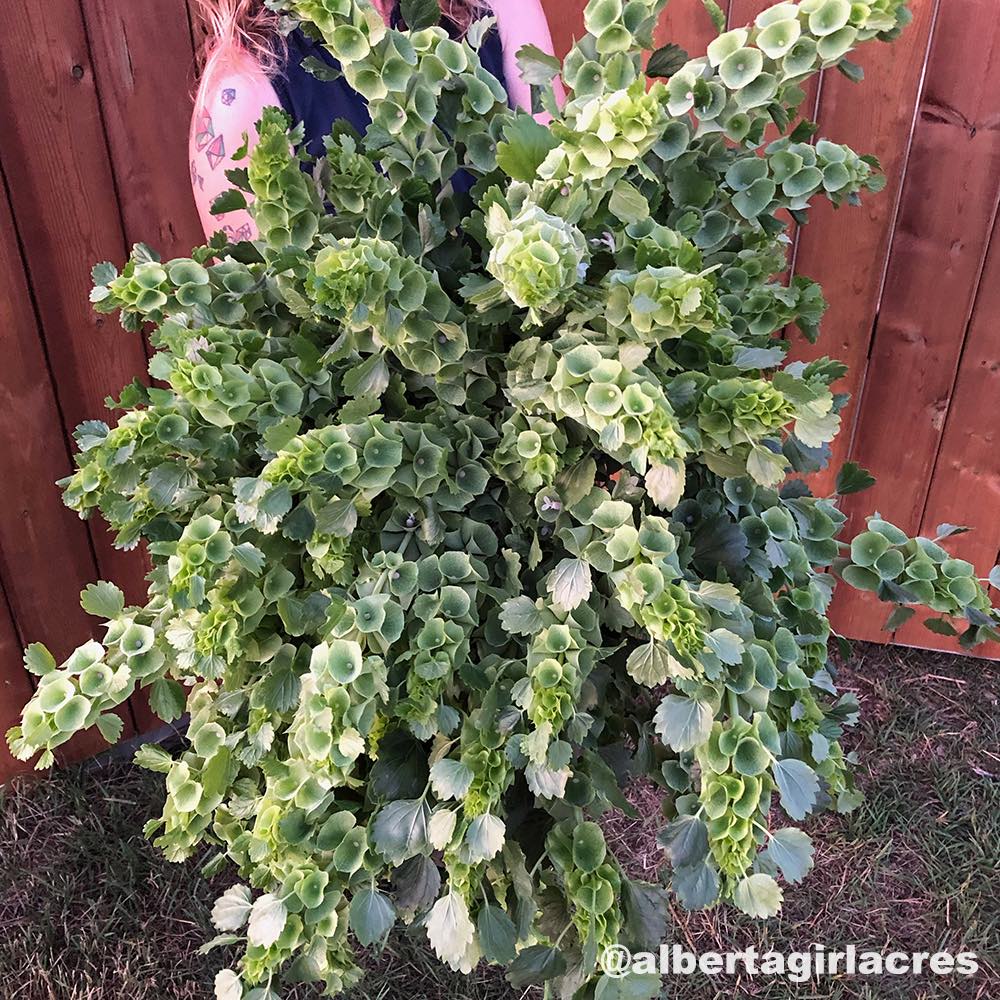 You won’t want to put the book down, until you find the answers, in the words of the flowers. So good luck, as represented by Bells of Ireland.

This entry was posted on June 10, 2013, 11:43 pm and is filed under Book Reviews. You can follow any responses to this entry through RSS 2.0. You can leave a response, or trackback from your own site.