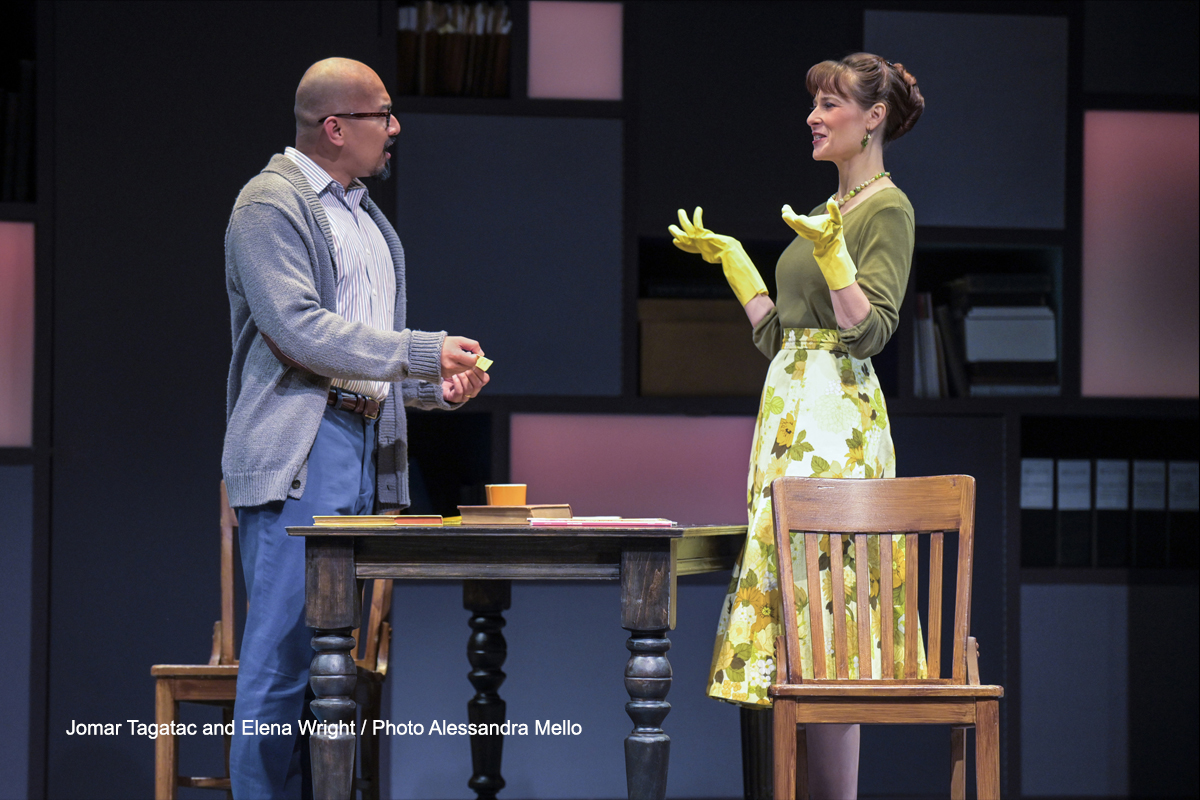 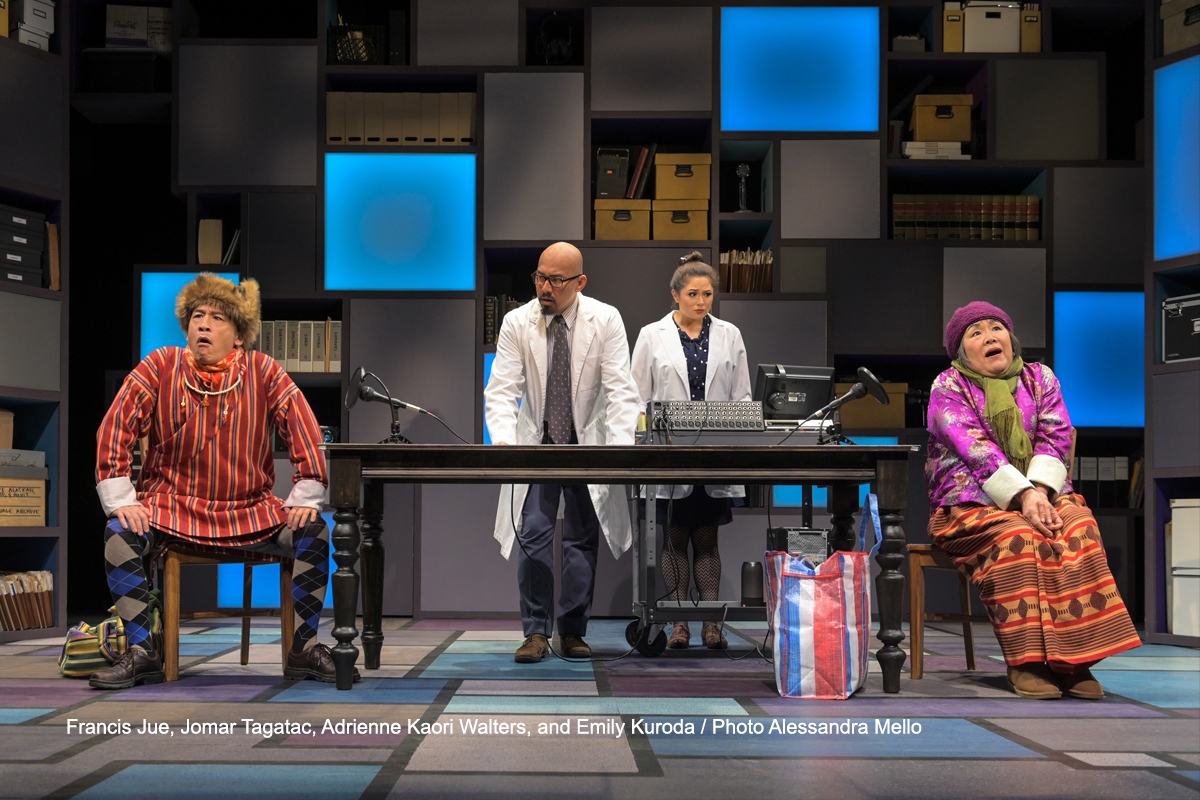 “Every Five Minutes” is not for the faint of the heart or someone unwilling to look at harsh realities staring us in the face.  Linda McLean is an award winning playwright from Scotland.  Extensive list of her award winning plays include Any Given Day, Strangers, Babies, Shimmer, One Good Beating, Riddance, Herald, What Love Is, This is Water, Uncertainty Files, Cold Cuts, Doch An Doris, Word for Word, andSex & God.

In “Every Five Minutes”, she lays before the audience, the harsh realities of political dissidents, imprisoned for years, and how the experience can forever alter their life.  This is however, not a political play.  To make it a political play would diminish the fragile reality of Mo’s life.  Mo (Rod Gnapp), a political dissident is released after 13 years of imprisonment.  When in prison, he was frequently in solitary confinement, and was water boarded and tortured.  Mo comes home to his wife, Sara (Mia Tagano) and is spending an evening with his close friends Ben (Sean San Jose) and Rachel (Carrie Paff), later joined by Ben and Rachel’s teenage daughter, Molly (Shawna Michelle James).

Nothing after the opening scene where the two couples are enjoying the drinks, proceeds in a logical, linear fashion.  The fragmented scenes that mirror the fragmented reality of Mo’s fractured mind, feel initially overwhelming.  It is only when one quits trying to make any logical sense that the obviousness of PTSD or the post traumatic stress, becomes apparent.  The brilliance of the play lies as much on the tough subject matter it tackles, as in what it does not focus upon and the closure that it does not provide to the audience.  The play does not dwell on the fact that Mo is seized from his home, without due process of the law and held for 13 years, or that he is tortured, perhaps outside the boundaries of legal and ethical, or the brutality of his captors; the play does not concern itself with providing a linear story line or explaining the details.  Rather, it dunks the audience into an emotional experience of a fractured, tormented mind, an experience so intense, that it requires surrendering; for a short while, it requires living inside Mo’s mind, living his reality, plagued by the demons that taunt him and haunt him, including the clowns (Patrick Alpatone and Jomar Tagatac), the Almighty who talks to him, his sisters, and the towering ghost of his father.  One walks away with a powerful experience.

Regions of the brain affected by PTSD and stress. (Photo credit: Wikipedia)

This play may not unfold in a logical fashion, but nothing about it is incidental.  For instance, the title alludes to the fact that perhaps during interrogation, Mo might have been awoken every five minutes.  It may also point to the fact that a PTSD mind weaves in and out of sequences and events, excitement and despair, every few minutes, often dragging the loved ones along.  At the end of the play, if the lack of clarity leaves one with more uncertainty and questions than answers, the intensity of the experience leaves no doubt of its emotional impact.  Like the writer of the play, the director, Loretta Greco has done a brilliant job in putting together the entire carefully crafted but completely fragmented sequence of scenes, including the captors preparing Mo for his release.  The ritualistic preparation feels almost akin to preparation of a dead body, for the final burial.  On the other hand, it may point to the fact that while the captors were doing their job, they were not entirely cruel people.  Or it may allude to the fact that they wish to wipe out any trace of how Mo was treated during his imprisonment.  And only truly stellar actors like Rod Gnapp and Mia Tagano can pull of such intensely powerful acting required in this production.