They promised her the moon – Play Review

Girls have dreams too. Seven year old Jerry Cobb (Sarah Mitchell) was obsessed with flying. But in 1960, a time of great social change in American history, certain dreams were still reserved for men. Laurel Ollstein’s dramatization of the true story of Jerry Cobb and her female peers in Mercury 13 astronaut training program, is currently playing at theatreworks in Palo Alto. 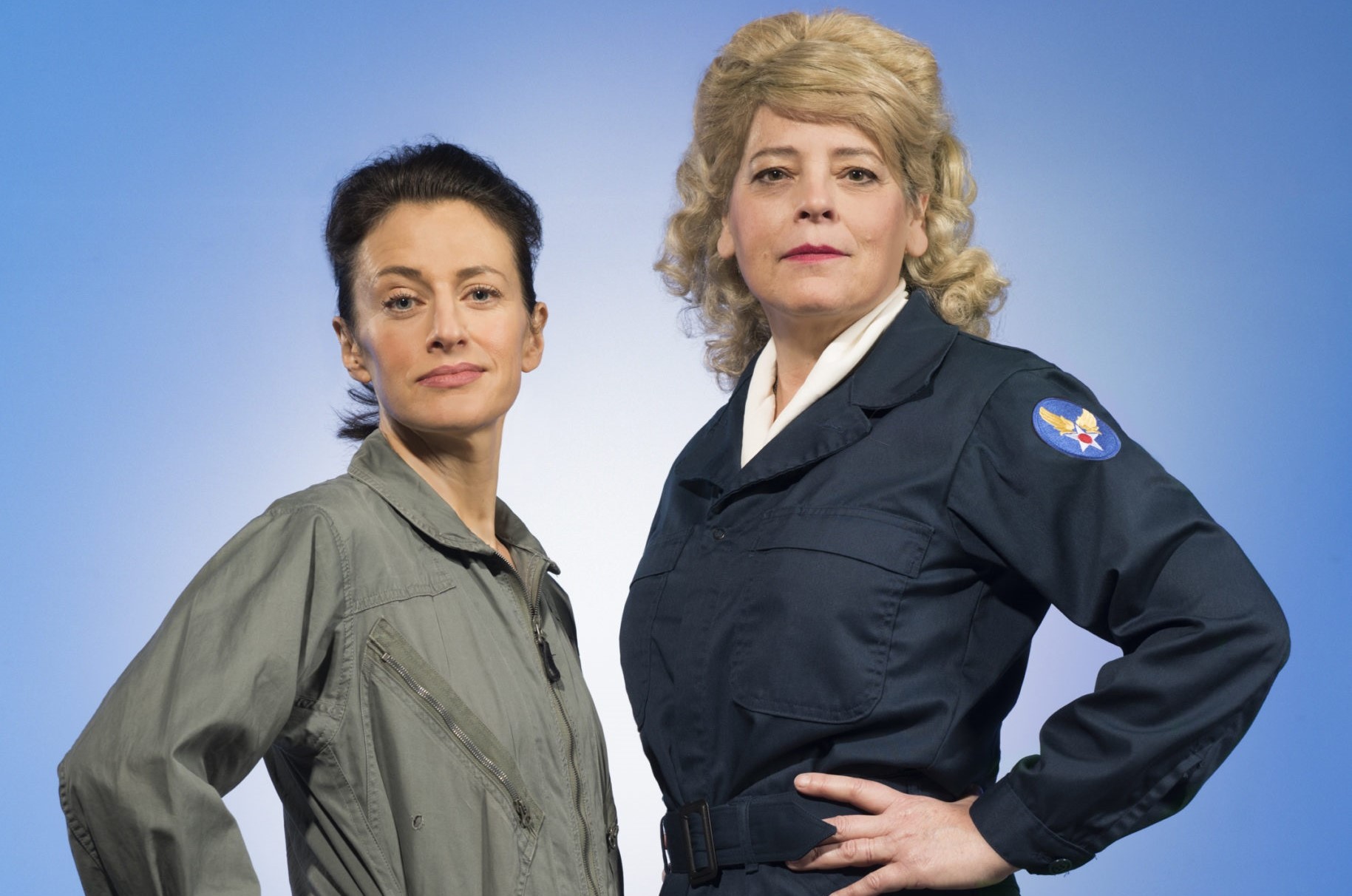 Stories of two aspiring women are intertwined in “They promised her the moon”.  Jackie Cochran (Stacy Ross) used her wealth and connections and had already made history as a first woman pilot. Later, financed by her husband, she ran a successful cosmetics company. But for most women, these dreams were out of reach. Jackie Cochran had pushed for women to be allowed to fly for the military, and women did fly during the war. But when WWII ended, women were barred from flying most sophisticated planes.

During that time, as a little girl, Jerry Cobb seemed determined to fly and touch the heavens.  Her pilot father, Harvey Cobb (Dan Hiatt) encouraged and inspired her and taught her some basics about airplanes. Jerry began flying at the age of twelve and by her twenties, she was setting world records in flying speeds, distance, and altitude. Inspired by her predecessor, Jackie Cochran who was pushing for female astronauts, Jerry Cobb enrolled in Mercury 13 program training to send astronauts into space. Jerrie Cobb beat most of her male counterparts as she went through strenuous rounds of tests and invasive physical and psychological evaluations.

Meanwhile different politics started getting played into the upper echelons of men, status, wealth and political power. Among the first group of astronauts was John Glenn, the new American hero. Given the culture of the time, Glenn and other men felt that since men flew combat missions, they were more equipped to become astronauts. Cochran was the lone woman in the boys club and sought to leverage her power. Cochran wasn’t happy that her popularity and status as the first woman pilot was getting replaced with a surge in Cobb’s popularity and she perhaps also felt that history would forget her completely if Cobb were to become the first woman astronaut in space.

Jerry Cobb passed away in 2019. Theatreworks’ celebration of Jerry Cobb in “They promised her the moon” reminds us that legacy is not only created with great achievements, but also by those who dare to dream.  Entire cast is marvellous and Sarah Mitchell’s performance is truly unforgettable.  Huge kudos to director, Giovanna Sardelli for this fabulous and not-to-miss show.

Unfortunately, to mitigate and contain coronavirus pandemic, Theatreworks is canceling all shows right now so please check the website at http://www.theatreworks.org for updates and stay safe.

This entry was posted on March 13, 2020, 12:52 pm and is filed under Play Reviews. You can follow any responses to this entry through RSS 2.0. You can leave a response, or trackback from your own site.