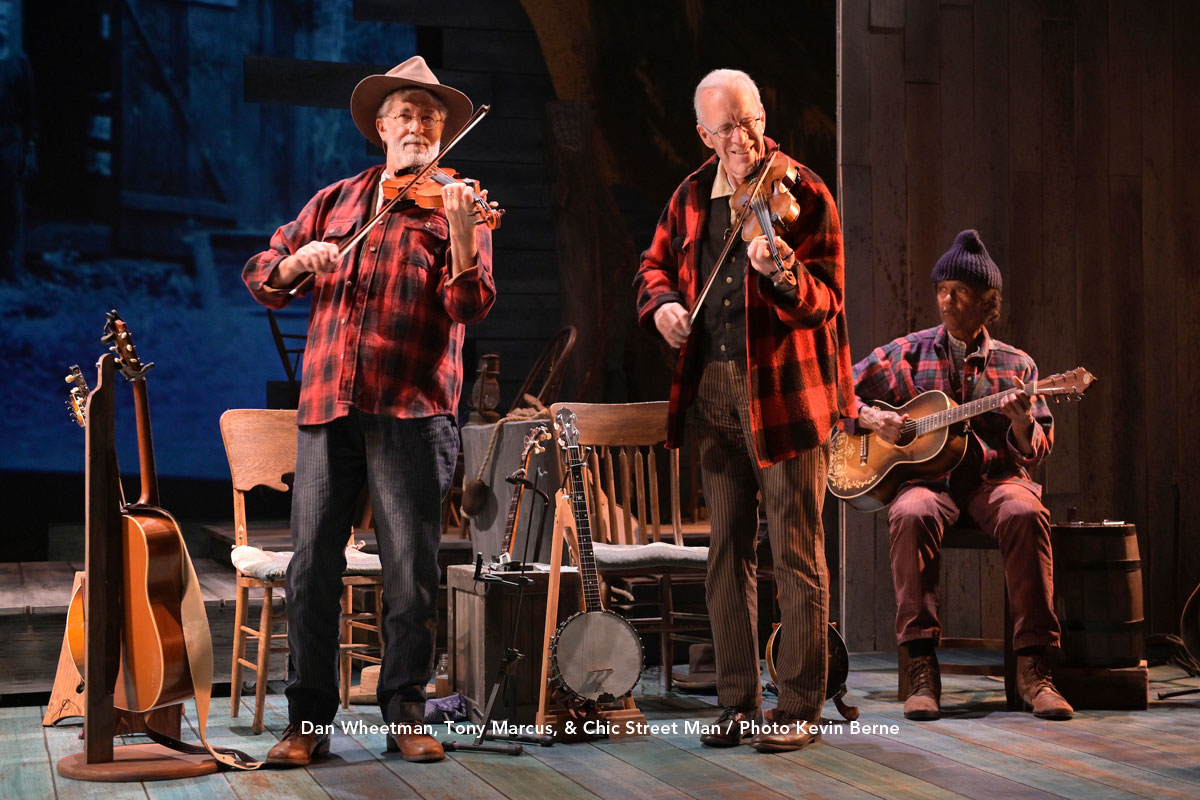 During every theater season, I select best plays as not-to-miss plays of the theater season. Right up front, I will say this is a must-see, not-to-miss-play of this theater season.  It is running at theatreworks in Mountain View. Mark Twain’s discerning eye and sharp pen is immortalized by master directors, Randal Myler and Dan Wheetman, in this theatrical production.

A musical devoid of any motive, morals or plot has plenty of all that, if you look deep and listen intuitively. Mighty Mississippi is witness to many heartaches, sorrows, and celebrations and there is much to learn. It is indeed America’s good fortune that this masterfully witty storyteller also traveled up and down the country. Born Samuel Langhorne Clemens, he took on the pseudonym Mark Twain on the banks of Mississippi, a term to mark when the depth of the water is two fathoms, meaning the vessel is on safe water,

For a short period when Twain worked in the river trade on Mississippi, a river that flows from Northern Minnesota all the way south for 2,320 miles, Twain astutely observed. As he explored America’s iconic cultural landscape, winds of change were blowing through the country. In his observations, people working on the river, feeding off of the river, living on the banks of the river, come to life. Stories of the riverboat pilots and brazen gamblers, farm wives who longingly looked back at carefree days as young girls, field hands looking for opportunity to run to freedom somewhere up North, the skillful hardworking lumberjacks and the boatmen all enrich this masterpiece.

In theatreworks musical, Dan Hiatt does a fabulous job as Mark Twain, giving commentary in speech that comes directly from Twain’s many novels, lectures, and essays as well as from actual histories on the lives of lumbermen, farmers, slaves, dock workers and others who stayed and toiled on the banks of the river. Big Kudos to Emily Anderson Wolf and Taylor McQuesten for fabulous stage design and to David Lee Cuthbert for brilliant scenic and media design in this journey on the muddy river.

Of the mighty river Twain says, “you can hang on to her but you can’t control her” and “The Mississippi River will always have its own way; no engineering skill can persuade it to do otherwise….”

Music direction by Dan Wheeetman is brilliant. Songs are entertaining….

There’s longing and lament in some of the soulful songs

Now, boys, if you will listen, T will sing to you a song,
It’s all about the shanty-boys, and how they get along;
They are a jovial set of boys, so merry and so fine.
They spend a pleasant Winter, in cutting down the pine.

And so the musical continues weaving in stories of wild lumberjacks, rovin’ gamblers, and dreamers of the Delta.

There are farmers, and sailors, likewise mechanics, too,
And all sorts of tradesmen, found with a lumber crew;
The choppers and the sawyers, they lay the timber low.
While the swampers and the skidders, they haul it to and fro.

The cast, Valisia LeKae, Tony Marcus, Rondrell McCormick, Chic Street Man, and Dan Wheetman bring to life all the stories of river folks. They entertain and enthrall, educate and elucidate and keep the audience on the edge of their seats, with foot thumping melodies. 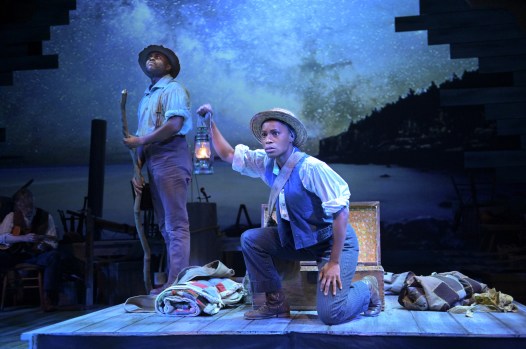 Indeed America is the land of the free but Twain immortalizes the mighty Mississippi as the waters that carried many slaves to freedom, to the Northern states.

I’m comin’ Lord, for my heavenly reward
I’m comin’ home to you, can you see me comin’ thru
Thru clouds of persecution, and stumblin’ on my way
I ‘spect I’m only makin’, ’bout a half a mile a day

Masterfully woven into the lyrics below are subtle references to the operatives of the underground railroad and the markings they left on trees and other landmarks to point the way to freedom.

The musical does not have a singular plot, motive, or moral But if you look through Twain’s eyes, you shall find plots within plots and plenty of motives and morals. It is small wonder that in Twain’s iconic novel, “Adventures of Huckleberry Finn”, the river becomes both the setting of the novel and its central theme. And as Huck continues on, charting his own course and defining his own morality, the river carries on, offering both it’s umpteen bounty and it’s menace.

Twain said, “Travel is fatal to prejudice, bigotry, and narrow-mindedness”. This journey down the Mississippi is an invitation for us to take an honest and also lighthearted look at the world around us. We may learn much and perhaps shed some baggage, if we can travel with Twain for some time, without malice and with genuine curiosity about the world around us.  Mark Twain’s River of Song” will be running at Mountain View Center for the Performing Arts, till October 27, 2019. Tickets can be obtained at www.theatreworks.org .

This entry was posted on October 8, 2019, 2:55 pm and is filed under Play Reviews. You can follow any responses to this entry through RSS 2.0. You can leave a response, or trackback from your own site.