Even in 2019, the events surrounding the Presidency and resignation of Richard Nixon, stories of Watergate cover-up and Spiro Agnew’s criminal conduct, still holds the fascination and gets a great deal of attention in the media. At the time Nixon sat down for a series of interviews with David Frost, the Watergate scandal was still fresh in everyone’s minds and public was thirsty to hear from Nixon himself. There was a great deal of curiosity on whether contrition and guilt would find its way in his expression but Nixon continued to remain tight-lipped and when he did speak, he stayed short of admitting guilt. 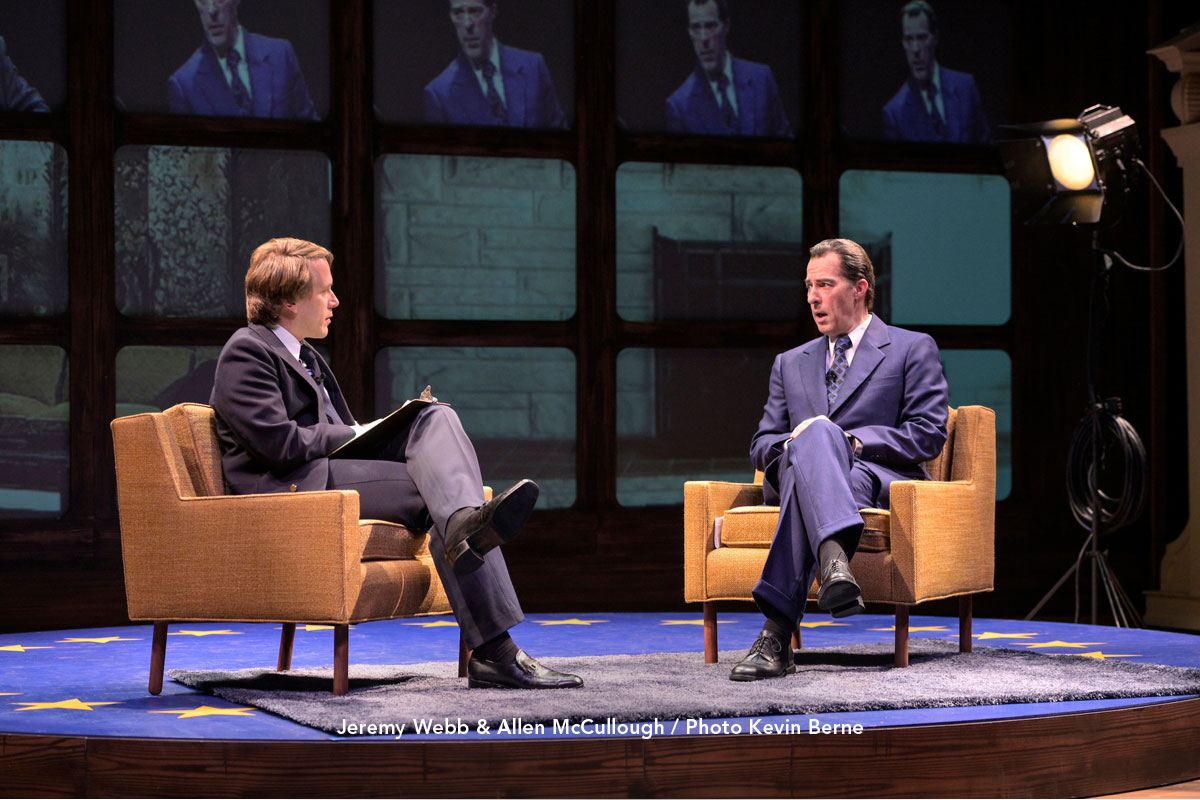 Theatreworks production switches between on-camera Nixon, glib and defiant and off-camera Nixon, haunted by his own imagined ghosts, skeptical of everyone, socially inept and obsessed with money. The production also switches rapidly between on-camera Frost, also glib, confident, entertaining and at ease on camera and off-camera Frost, obsessing over the single most crucial and defining event of his life, his series of interviews with the defiant President of America, who had thus far managed to evade taking any responsibility.

Some of the most memorable and poignant moments of Nixon presidency were indeed marked by Television, like him defending himself in he “Checkers” speech, him protesting “I am not a crook”, and his resignation speech, to mention a few. But given his silence, it was hard to get Nixon to admit to the people, how he led and participated in one of the biggest scandals at the uppermost level in the American government. If it seemed reasonable to expect that when the moment come to nail down Nixon on his crimes, it must be a public moment where people may be watching him live on TV, sweating and all, David Frost did not seem to be a reasonable interviewer for such a high profile interview.  David Front won the interview for two simple reasons: He paid Nixon $600,000 from mostly his own money, and he was viewed by Nixon and his advisers as a pushover. 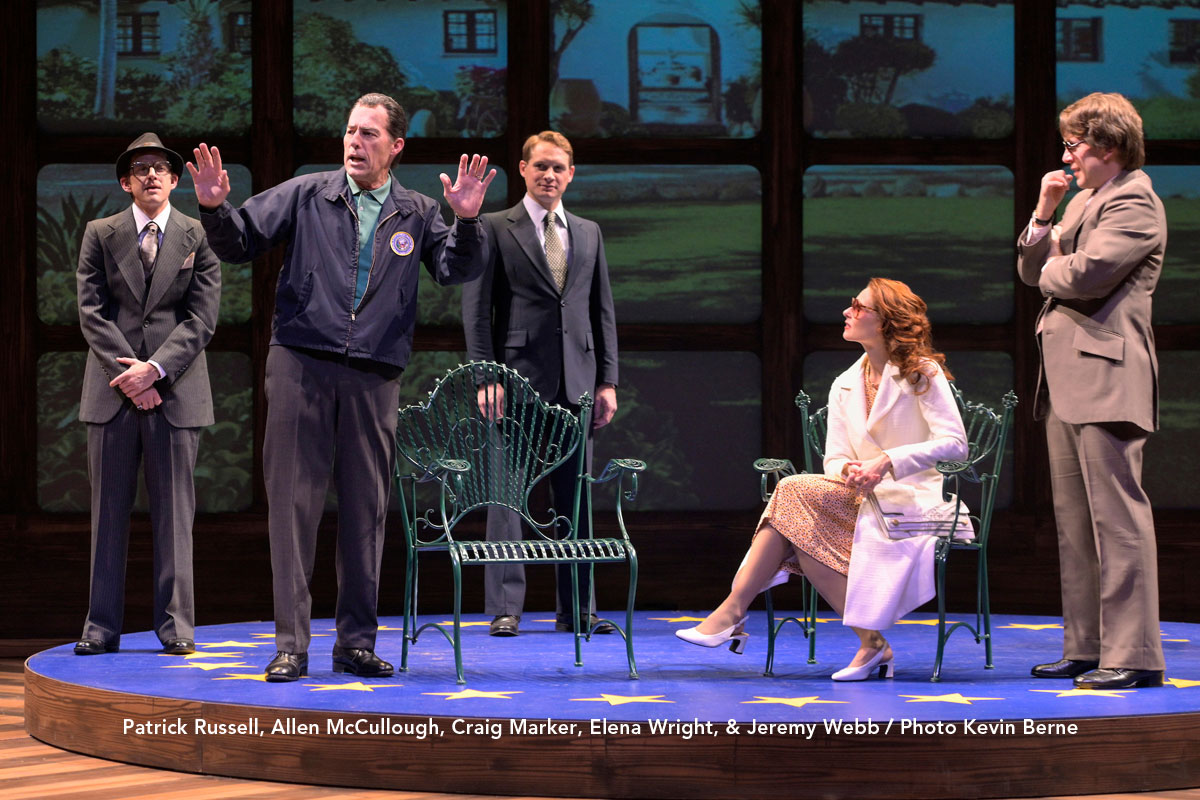 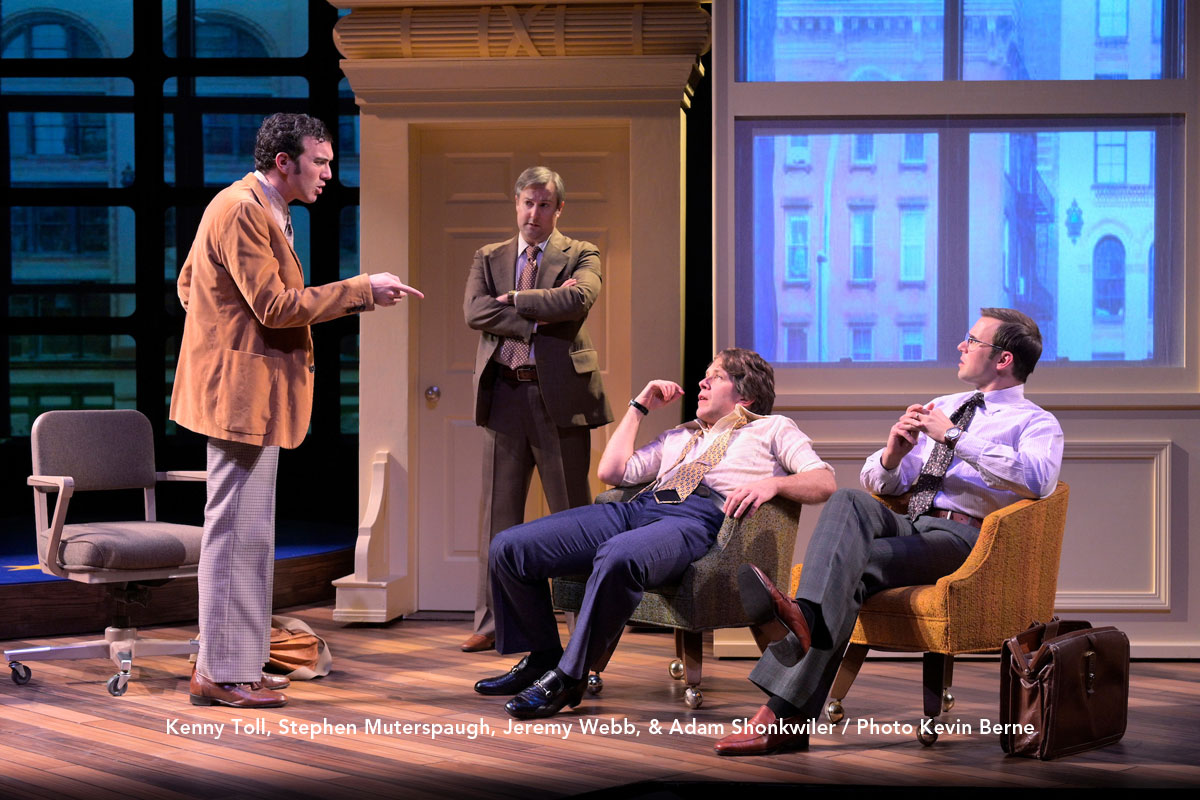 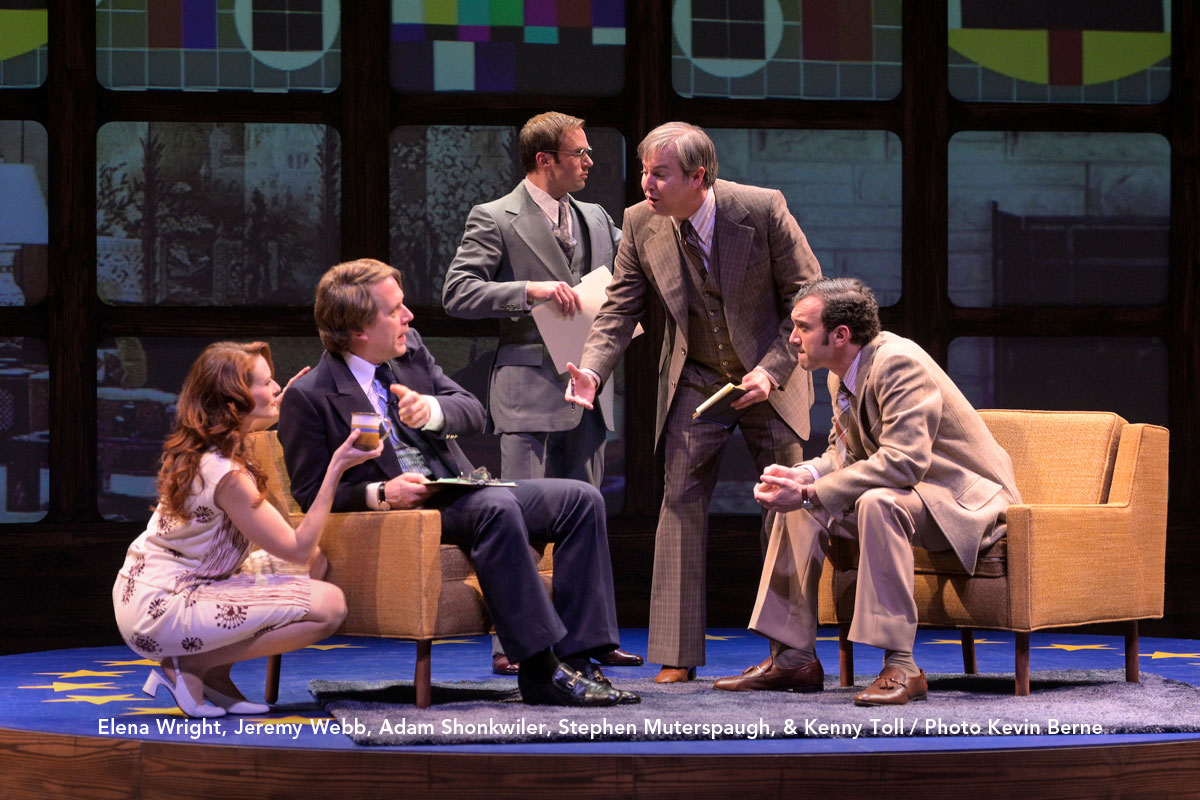 Although David Frost was witty, insightful, entertaining and brought an informal touch to the interview, Nixon was a formidable adversary who was certain that he could hold his own. Having never testified or stood trial, Nixon was pardoned by Ford, and he never had to admit to or apologize for his deceitful conduct. So will Frost manage to nail Nixon on his favorite media, not Twitter but Television?!!  Frost’s team of producers and impassioned journalists, (Adam Shonkwiler, Patrick Russell, Stephen Muterspaugh) are all on edge, almost certain that Frost will mess it up and Nixon will just get a free pass. And Nixon’s team (Kenny Toll, Craig Marker, Adam J. Saucedo) were ready to bail the boss.

The showdown is imminent between these two men with their own private agenda. The stakes couldn’t be higher when these two ambitious men come face to face on camera, one who tried to undermine America’s democracy and the other trying to use the best weapon available in a democracy. What follows is a game of chess and a contest of wits. Even though many of us have lived through this history, this is a non-to-miss show of this theater season, certain to keep you riveted to the satisfying and portending, very end. Frost/Nixon is running at Mountain View Center for the Performing Arts and tickets can be purchased at www.theatreworks.org .

This entry was posted on January 30, 2019, 4:06 pm and is filed under Play Reviews. You can follow any responses to this entry through RSS 2.0. You can leave a response, or trackback from your own site.