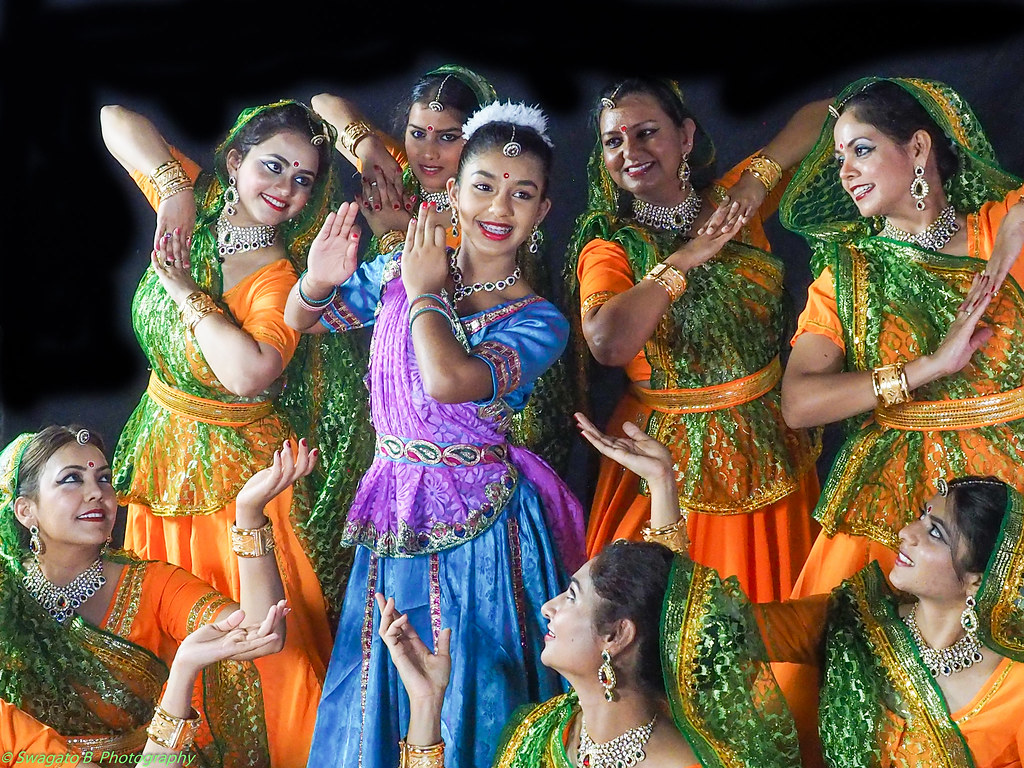 How does one take a known and tragic tale of the widows in Vrindavan, and transform it into a splendid work of art, full of humor, fun, mischief, and devotional songs in colorful costumes?  But that is not all.  The brilliance of “Vrindavan” show by NAATAK (awarded “Best Live Theater in Silicon Valley” by San Jose Mercury News), is that the playwright and director Sujit Saraf has created the show, without losing the grim reality of the widows’ dire existence.  “Vrindavan – A grand musical” is BRILLIANT, BOLD, and BEAUTIFUL. 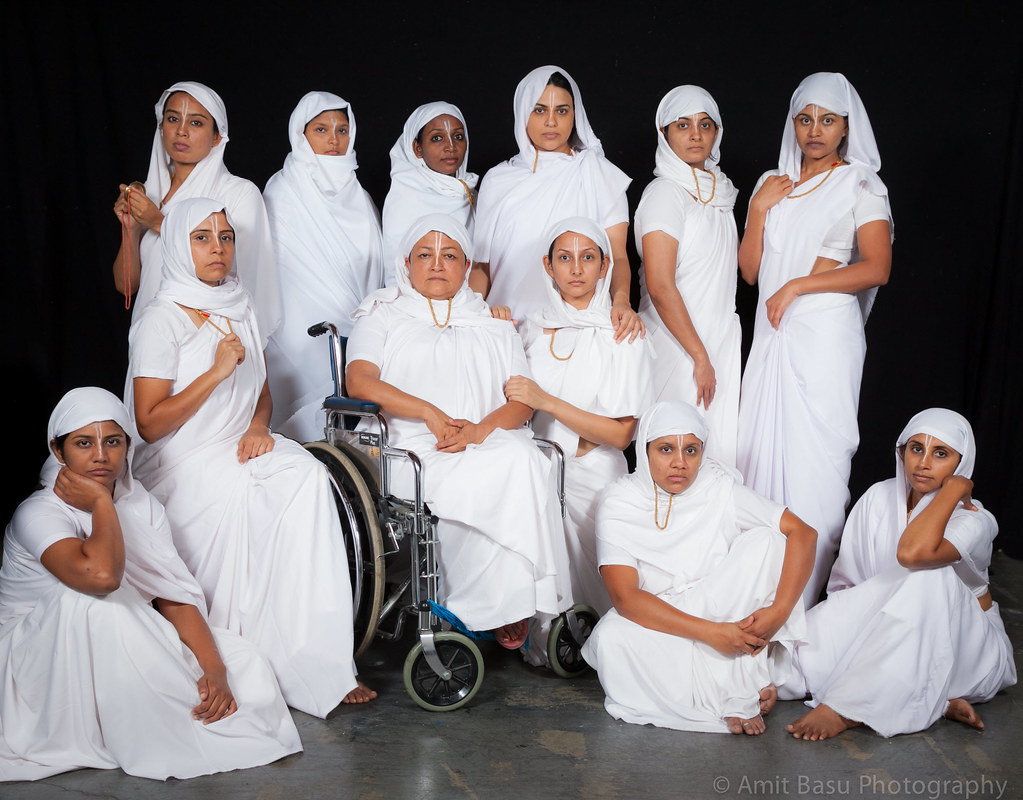 Thousands of widows cast out by their families in India, or simply finding themselves alone in the world, have for centuries, been making their way to Vrindavan, childhood home of Lord Krishna.  Some travel hundreds of miles (a vast majority from Bengal), to get to Vrindavan, leaving behind whatever ties they had, in the land they had known, and make their home in this foreign place.  They devote themselves to singing Mira and Radha-Krishna’s devotional songs, and get paid some coins for their effort.  Gradually they forge new ties, not just with the divine, but also with fellow devotees.  As they live with each other, they form friendships and watch out for one another.  Their memories of old home fades, as they begin to see this new place as their home, where they find acceptance, camaraderie, and warmth, which the society denied them.

Every now and then, shakeup ensues from society, because these ostracized widows are an eyesore, they live in extreme poverty, and are often considered inauspicious.  Sometimes government may want to clean up the city or enable the widows to live in less crowded and cleaner space, or a politician may come in with a grand vision of sending the widows to their original home cities, to be closer to their families.  They don’t see that these widows, cast out by society, in Vrindavan, have found their home, and their family.  With one another, they laugh, engage in pranks and make the best out of the card life dealt them.

Saraf tells their story with such deep respect and empathy, not just giving them a voice but giving their imagination, a colorful outlet.   The widows have come to Vrindavan, to give themselves to living a life of devotion, and see themselves as Krishna’s devotees, Mira and Radha.  Juxtaposition of widows attired in white, with Mira and Radha’s colorful devotional “bhajans” is mesmerizing, both in terms of the contrast, and in seamless blending of the two.

Saraf manages to pack the punch about the grim life of the widows in the five concluding minutes of the play, and that too without dramatics or fanfare.  The low key ending is loaded with such depth and substance that it hits you in the gut.  While Saraf brings the grimness of the widows’ lives front and center, towards the end of the show, he also gives the widows such courage, strength and dignity, that members of our society (where widows are accorded such treatment) are gently but surely nudged towards introspection, and may feel inclined to hang their heads in shame.

This massive production is a result of dedicated effort from a huge cast and crew, all giving their best.   Sets director, Asheesh Divetia, and props designer, Savitha Samu, with their teams, have helped Saraf create this magic, with amazing attention to detail, and superb engineering.  Kudos to production designer Snigdha Jain, and producer and consumes director, Soumya Agastya, and their teams, for their efforts in this bold performance.  Finally, hats off to dance director, Guru Bandana Sen, assistant dance director, Dipanwita Sengupta, and music director, Nachiketa Yakkundi, and their teams, for beautiful songs and dances that make this show come alive.  Get your tickets for this not-to-miss show, seeped in Indian culture, traditions, music, and dances, with superbly timed and beautiful supertitles (thanks to Vineeta Singh), at www.naatak.com .

This entry was posted on September 19, 2015, 10:40 am and is filed under Hindi - Bollywood Movie Reviews-- Play Reviews-- NAATAK-- Poems-- Event Reports, Play Reviews. You can follow any responses to this entry through RSS 2.0. You can leave a response, or trackback from your own site.